Much of the CORE Team’s focus involves developing services that underpin open research. The updates for this half-year include numerous examples of this in action. You can find details about these and more news below.

During the years of the APIv2, we have helped thousands of users to shape their queries to the CORE Database. Time is passing, and the moment has come for a new era of updated CORE API.

We are happy to announce that the new CORE API version 3 has now been released as a beta. We are inviting the community to try it and are asking for feedback. If you are interested, please check the documentation. For any questions and feedback, you can contact us.

In the new API, we revisited the way you see CORE data. Additional information is available in the presentation prepared by Matteo Cancellieri, CORE Lead Developer.

A new version of the CORE Dataset has been deployed – it provides a harmonised and enriched data format to access content from across our data providers. The last version of the dataset included CORE data from 2020, including around 400 GB and 2.1TB extracted open access documents. 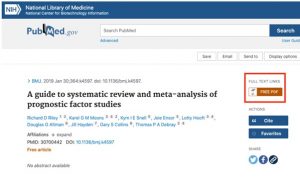 CORE Ambassadors is an active network of open access supporters who assist us with the worldwide promotion of CORE.

Looking at the numbers

Finally, the CORE community greatly enjoyed this year’s April fool’s day blog post, where we kicked off a new metric for scientific outputs.